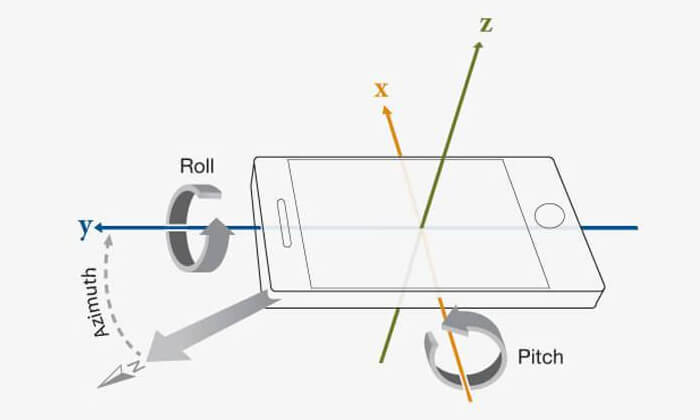 Nowadays handheld devices, wearable devices and other category of e-gadgets are equipped with various remote sensors. Therefore, recently Apple made serious efforts to introduce various iOS sensors in their devices by supporting APIs in the iOS.

Recently, Apple released iOS 8 and not so surprisingly, its beta version indicates many hidden traits of incoming technologies for next generation devices like it was expected on iPhone 6 in September-2014.

For instance, if we look closely at past records, we discover that when Apple released iOS 7, they declared the support to iBeacon Bluetooth LE technologies. During the period of iOS 7, it has observed that iBeacon is gaining momentum and small to big businesses are adopting it willingly. Apple has decided to jump into the bandwagon and will incorporate these sorts of technologies in the next release of iPhone 6.

What it has done in due course is secret and somewhat reflecting in the features of iOS 8 and some efforts to collect data for indoor positioning features at three different venues. iOS 8 has incorporated CoreLocationAPI for Core Location features is going to introduce in future devices like iPhone 6.

From a technical point of view, Apple is planning to use M7 processor and Wi-Fi technologies along with special sensors in order to get accurate indoor mapping for indoor location and navigation data. Just like iBeacon, Apple wants to create a secure indoor positioning network with sign-in processes using Wi-Fi, which will unlock the device and enable iOS sensors. With the help of M7 chip, just like Bluetooth chips, Apple wishes to collect accurate data of the target.

Thus, M7 chip will provide accurate data of the person in motion, meaning how fast he or she is moving. It will use Wi-Fi to pinpoint the exact location and take mapping of the venue with floor plan files. In due course, apple hired ‘WiFi Slam’ last year and ‘Wifarer’ recently to scan Wi-Fi Signals. In short, Apple will replace the Bluetooth’s iBeacon with its own iOS sensors, chips, and Location APIs.

It is expected that iPhone 6 will be unveiled most likely in coming September-2014. There are rumors in the air regarding its features and functionality. Among those, new iOS sensors related assumptions have enough backing in the code of iOS 8. iOS application development companies are eyeing more on the HealthKit and health related sensors, but due to presence of wearable devices like iWatch where plenty of various healths related iOS sensors are in actions Apple is not in a mood to grant more on that in Phone 6.

However, it has revealed that it is offering something interesting for the rock climbers and weather data lovers. Experts say that iPhone 6 will have a set of iOS sensors to measure the air pressure just like a Barometer in a lab. With this iPhone users will be able to read the weather conditions and altitude accurately.

The direct beneficiaries are, of course, the rock climbers, mountain tour lovers, and others alike because they can read air pressure of their current location along with other weather data and take decisions accordingly.

Even scientific experimentation applications where barometric, geographic, magnetic and other constants are required can be built for more improved and repeated trials.

In 2009 apple started researching on in-vehicle navigation system. In 2011 they were improving on their maps+compass solution. And finally apple closed out on Advance 3D technology. With all this in place apple still came out with an advance magnetometer solution specifically designed to provide iOS devices with improved mapping and navigation precision. It has also allowed users to create metal detector applications by using the differences, fluctuations of the magnetic field. There are numerous applications which utilize this sensor. You can find the list here.

Stay tuned for more iOS sensor related information as and when it arrives, these truly can drive application intelligence to the next level. You can follow us on Twitter or like our Facebook page for more information