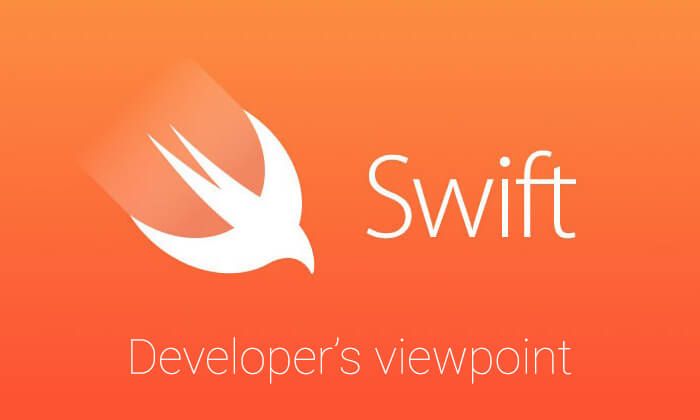 Rather than starting with Swift, let’s start with the person who is designer/creator/maker of Swift programming language, Chris Lattner. The powerful LLVM (Low Level Virtual Machine) compiler that Apple is using with XCode to build Objective-C programs was developed by Chris. After the success of LLVM, Apple invests Chris for designing a new programming language; Chris and his team spend 4 years developing Swift.

This question will only knock into head of those persons who are not aware with Objective-C programming language.

When I started my carrier as an iOS developer, I was aware with Java and some other programming language, so initially comparison of Objective-C with other languages automatically comes into mind while developing iOS Applications, but later I used to deal with hurdles and limitations of Objective-C.

In Objective-C, you always have to write more lines of code as compared to Java, for the same functionality. For iOS developers, a big headache is memory management with Objective-C (Initially ARC was not available, it was introduced by Apple with iOS 5). Currently ARC is available for memory management, but still, it’s not accurate. You can’t implement accurate automatic garbage collection in a language that has pointers. You always need to take care of every single object with Objective-C; you didn’t get much time to focus on other parts of your application. Swift is fast, easy to learn and modern programming language; you did not need to waste your time with all this kind of issues in Swift. So, Apple has taken a right decision by introducing new programming language “Swift”.

Why Swift is Fast, Easy to Learn and Modern Programming Language?

Let’s discus the functionality of Swift to understand why it is easy, modern and fast programming language.

Defining constants or variables is simple in Swift, use “let” to define constant and “var” to define variable.

With Swift, you do not require to specify the type with constants and variables. The Compiler automatically inferred it based on the value you have assigned.

For concatenating string in Swift is just a simple way to include value in string using \().

String Interpolation/Concatenation is a bit complex in Objective-C as compare to Swift. Here is the Objective-C code for the same:

Check the simple way of string Mutability with swift:

In Swift, you can define possibly missing or optional value in variables, so you don’t need to worry about nil value exception, which you faced many times with Objective-C.

You can also make your function return type options, which is not possible to do with Objective-C.

Objective-C provides two types of all its variables, normal & mutable (Ex. NSArray, NSMutableArray, NSDictionary, NSMutableDictionary), I don’t know why Objective-C make all this bullshit, why it didn’t provide single type for all variable? Thanks to Swift, it makes easier to work with Array & Dictionary:

With Swift, now it’s possible to compare any kind of data with Switches (This is not possible to do with Objective-C). You can also make conditions with Case statement.

Swift provided some useful functionality with function. You can return multiple values from the function using tuple:

In function, you can also pass variable number of arguments, collecting them into an array:

You can set the default parameter value into a function:

Enumerations in Swift are not just for cases; it’s providing multiple functionalities. Like classes, now you can also write methods

Objective-C providing blocks, small chunks of code that can be passed around within an application. It is very useful to execute specific task on some user action. It is convenient and also improves readability of code. So I am not surprised that blocks are back into the Swift, with name Closures. In Swift, you can write Closures without a name with braces ({}).

Swift introduced advanced types, Tuples. It’s not available in Objective-C. Tuples enable you to create and pass groupings of values. As we have seen in “functions”, tuples allow you to return multiple values as a single compound value.

You can make generics of any functions, classes or enumerations when you required variety of variable types. Ex. You can create generic function that uses content of the array, regardless of what kinds of values stored in the array. To make a generic, just write a name inside angle brackets:

Structs are similar to classes, but it excludes inheritance, deinitializers and reference counting. The Main difference between classes & structures is that classes are passed by reference, and structures are always passed around by copying them.

Is it a Right Time to Jump into Swift?

Learning advanced & new things into IT field is defiantly a plus point, but is it really a right time to start development with Swift? I said NO!

Swift & XCode-6 both is currently in a beta version. Many issues we found in XCode-6, even in default templates of Swift. It will take 2-3 months for stable release. Another main reason is, we all are using so many 3rd party libraries & frameworks in iOS applications, and all that libraries & frameworks are currently available in Objective-C, do you think all of that will be converted into Swift in just 2-3 months? I don’t think so, it will take long time. You will argue that Apple provided functionality to work Swift code side-by-side with Objective-C, but is it worth to develop application in Swift using Objective-C libraries? Do you think you will get 100% benefit of Swift doing this?

So this is what my observation & understanding of Swift. Happy to receive comments & suggestions from you.