Get Fast Access to Payment Methods with Apple’s Digital Wallet

For years, world has followed the process of carrying cash and checks while moving out for shopping. However, the trends have kept on changing every time. As the formats of markets have changed, the payment modes have also been improved. Electronic money is gradually replacing the paper money. Ostensibly, now you need not to carry cash to purchase anything. The electronic cards work as money for you.

Well, the process hasn’t stopped till here. The technology has provided an incredible platform for payment option which is highly convenient and extremely user friendly. This is the method of paying the amount using mobile app. Quite surprising isn’t it? Yes! But it’s true. With Apple’s most recently designed payment app, one now has an option to move “cashless” during shopping to in-stores.

This innovative app designed by Apple comes to you with whole lots of features along with payment options. It has been configured with modes which provide effective gateway to pay in stores. With such a handy alternative, you won’t have to look around for the featured cards with schemes or offers. Your device would serve as your trendy wallet. Evidently, it has given rise to the concept of virtual money.

What is the working methodology of Apple Pay?

Like the application has been designed with excellent user interfacing, the method too has been kept simple for a hassle free operation by user. When it comes to make payments, the user needs to place his device near the checkout system. This is done after a credit card or debit card has been installed in the system along with the passbook. Further, the payment of the product is made through the use of touch ID installed within the device. However, a touch ID would respond only if your finger has been registered with it.

Further, keeping up with the payment part, the registered finger should be placed over the touchID for few moments. When the transaction is completed after authentication then you would be notified by a vibration and beep along with the check mark on the screen of your device. Apart from all these, an advantage of using Apple Pay is its security feature, which is anyhow not available in any other payment systems.

A salesperson won’t be able to put a glance at your credit card number, address or name when these details would be encapsulated with the Apple Pay method when compared to that of the usage of credit cards.

The Set up Process of App: 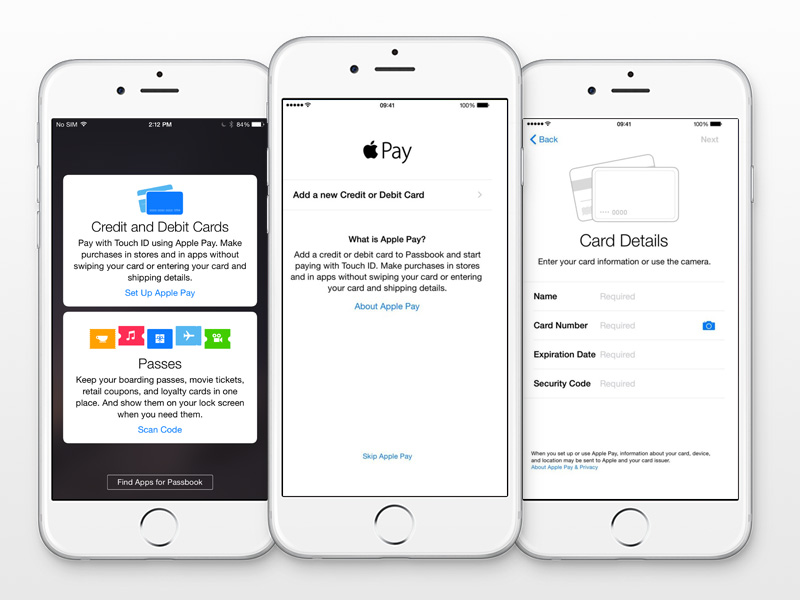 The application mainly relies on Passbook. After the service is activated using an updated iOS 8, the credit card of the user associated with iTunes gets loaded with the passbook. Other than that, debit cards too could be loaded in the passbook. On the completion of all these process, both of these credentials could be used for making payments in retail or online stores. As the credit card is registered with the Apple Pay, you won’t need the process of its authentication. Furthermore, the information related to credit cards etc. is also made available in the Apple Pay app. Hence, the application very well supports online as well in-store payment process.

This ultimate application has been designed to be well attuned with the various devices of Apple which include iPhone 6, iPhone 6 plus, iPad Air 2, iPad mini 3 and Apple Watch OS 2. Besides, except Apple Watch, all the devices have touch IDs while Apple Watch needs to be connected with a phone to make use of application. Hence, using this facility, the app could also be used even in the absence of phone.

The Catalyzing Features of the Apple Pay: 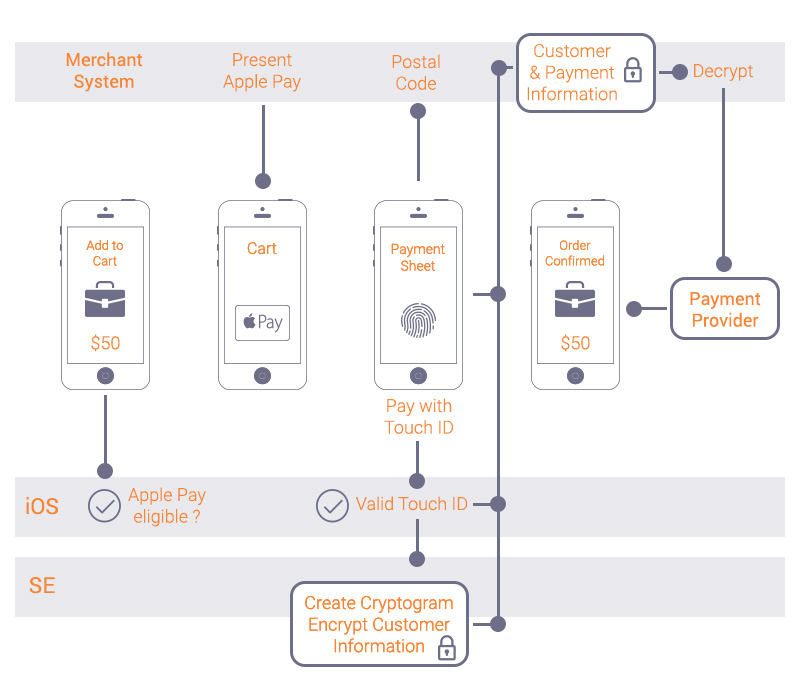 Apple Pay is not just an application but a core of features. It has been designed purposely to simplify today’s payment process thereby making marketing simpler for customers with its integrated features which encompasses:

NFC Integration- Now you won’t have to open an app while using a phone equipped with Near Field Communication Integration or NFC integration. This is an antenna which detects the signal when the device comes near to the contactless reader. You just need to put your finger on touch ID and the payment gets successful.

Touch ID for Security- This is an ultimate feature designed by Apple known for its fingerprint recognition feature. Meanwhile, it is available with iPhone 5S, iPhone 6 & 6 Plus, iPad Air 2 and iPad Mini 3. It keeps the device at utmost security using distinct fingerprint identity. Additionally, with its installation in high end devices, you would have faster access to many other facades.

Tokenization- This is the technology which has been implemented by Apple to ensure your safe transactions. It helps to prevent the credit card numbers. In addition, Apple also confirms to use this technology for its future mobile payment solutions just in case to avoid address security and any fraudulent probabilities for iPhone 6 and iWatch.

Accepted over 200,000 Locations in The US- Analyzing the effectiveness of the app along with its ability to check with the payment security threats, various stores in The US have now accredited for the payment methods made from Apple app. Also, many other stores are adding into the list every day.

To summarize, being embroiled with wide range of features, this technology has marked a revolutionary impact upon the current mobile payment systems. Moreover, after iOS application development as its mainstream operation the digital expert Apple has been keenly considering the sector of secured payment processes. Keep visiting this space for more updates.