Get Ready To Embrace Innovative Features Of Android N 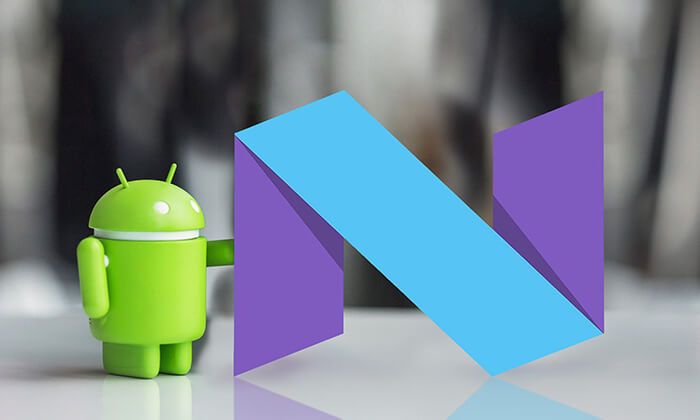 Undoubtedly, with the release of Android N- Developer Preview, one will have an idea about how Android 7.0 will look like as soon as it will officially arrive this year, but what are they actually providing will be known later. With this post, you will get to know about some of the interactive features of Android N, which is officially going to end up being Android Nutella or Android Nougat.

So, let’s dive into and know about new innovative features of Android N:

Redesigning and New Functionality with Notifications:

One of the exceptional features of Android N is the way it handles the notification. The notification panel will appear to be much more different and advanced as well, compared to the previous versions. In the Android N, the notifications are going to be displayed in a single white page while being separated by a small gray line. Ultimately, this will result in much cleaner and a lot less cluttered notification area.

Previous versions of Android was lacking an important feature of multitasking which now seems to be resolved by the Android N device. The Android N developer preview includes the native support for the multi-window mode in Android that splits screen as per the applications you use. Undoubtedly, multi-window mode feature being one of the most important features, it allows to pick up the heavy lifting while allowing you to use two apps side-by-side.

You can enjoy a true multi-tasking experience as you will be able to adjust the size of the split and set the window to a minimum size.

Another great feature associated with the Android N is the hamburger menu that makes it easier and convenient to move from various parts of the settings. As soon as you enter into a subsetting, you would find it easier to access the hamburger button located at the upper left that allows you to access all the other settings. The settings of the main menu that include Wireless & Networks, Device, Personal and System is also included in the Hamburger menu.

Besides the traditional entry of different settings category, there are some of the sub-menus that underwent a kind of visual makeovers including the revamping of sound and notification categories too.

With the Android N preview development, there has been observed substantial changes within the notification style, settings UX and a number of other little adjustments. Briefly stating, the quick settings panel is paginated where the user can enable or disable some of the options directly from the panel while some of the options will take a user to the sub menu.

There is a single set of notification icons within easy reach and by default, you would be presented with Wi-Fi, battery DnD mode, mobile data and flashlight. These features can open up large interfaces that allow the better understanding of what’s going on without fully opening the associated settings pages. The options that show up here are fully customizable and are quickly accessible from the settings area.

Something Great with Device’s Display Size:

Android N is pleased to introduce a new feature that can set device’s display size in order to reduce the trouble viewing the content on Android device. The android application development has included a feature that allows setting different display size that magnifies all the elements on the screen while improving device’s accessibility and visibility. To access the display size of the device, one has to navigate through Settings > Display > Display Size and with the help of a slider, you can either increase or decrease the display size.

You would agree with my point- The least favourite screen in Android is the “Optimizing Apps” screen that pops up every now and then. This mostly happens when you update your system with latest Android version and then it asks for next-level optimization.

In Android N, the process of switching ART (Android Runtime) from Dalvik Runtime is improved, ultimately reducing the time with Application Optimization.

Most Important One- Data Saver Feature:

The data saver feature in the Android N helps you to not go over the monthly data allotment and besides that the new data saver feature helps you to block background data usage for the entire device. It also notifies the OS to tell other applications to use less data in the foreground wherever possible. You can even whitelist the applications from the Data Saver and avoid apps to be affected by this change.

The Android N Developer Preview is already available for some of the Android devices like- Nexus 6, Nexus 5X, Nexus 9, Nexus Player, Nexus 6P, Pixel C and General Mobile 4G (Android One). We are expecting the launch of Android N soon with the above-listed and many more user-friendly features. Hope to see updated Android version soon!!