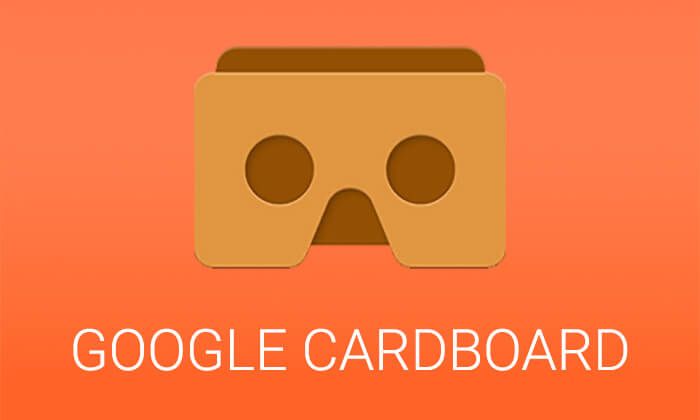 There have been years since technology has been instigating innovations for the civilizations. That’s what we have been relating to something called development. And we are now in a century where technology has reached to an extent with such inventions that were unthinkable before. Virtual Reality for instance is one of the aspects in this case. This is the science which deals with the facets that actually do not exist!

That sounds truly astounding isn’t it?

But it’s true! Now you could actually visualize and experience the objects that have no existence in the real world. Besides, this technology has come up with various promises that could result lucrative for mankind. Virtual Reality has proved its usefulness in various sectors whether it’s medical science, education, business, engineering or construction. One such innovation in this field is Cardboard which has been engineered by Google.

Google came up with an updated version of Cardboard in its I/O developers’ conference 2015. However, this technology had already been launched by this techno campaign last year. This is the cheapest ever technology developed till date with everything wrapped within a cardboard. Yes! That’s right. Other than that, it also includes a slot which accommodates a smartphone for the principle of Virtual Reality.

Google confirms that this model has been invented to enhance the concept of Virtual Reality and its applications. The device has been entirely designed on a DIY notion which means this technology could be conveniently designed by one’s own hands. Further, it could also be availed at cheap rates from stores. Once you have the assembled kit, Virtual Reality could be experienced by placing the smartphone in front of the installed viewers inside the Cardboard.

You Could Transform Your Own Android Device Into Virtual Reality Headset!

A Cardboard doesn’t consist much of the parts. It just needs two viewers, a magnetic switch and a framed cardboard. When all of these things are assembled, you are then into one of the most incredible and at the same time cost effective technologies of the world. The magic is revealed when the device comes in contact with a smartphone. 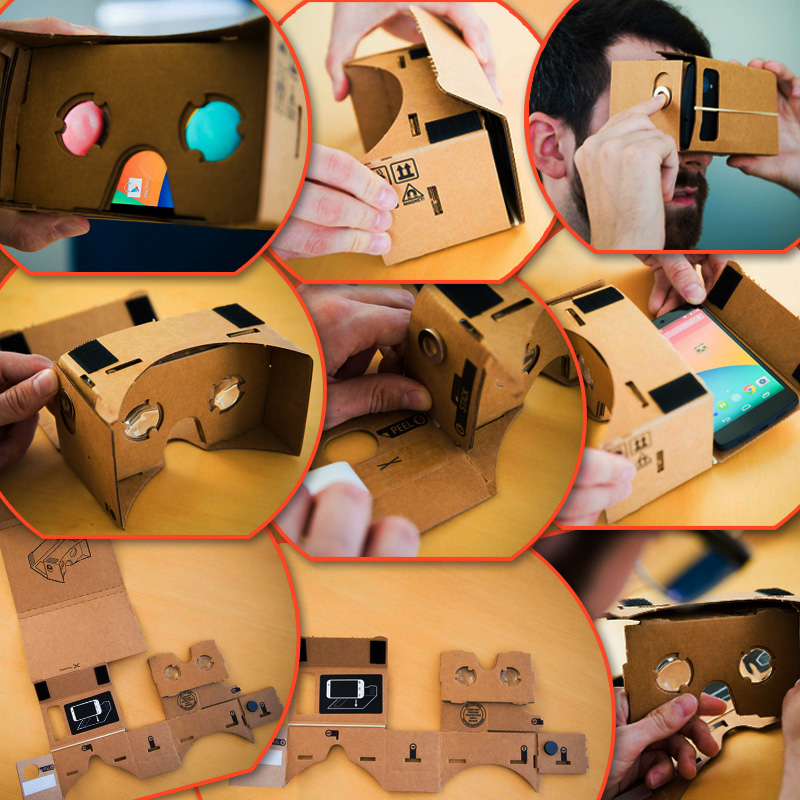 When the phone comes in front of the viewer with installed relevant app running, and is placed before your eyes, you would experience screen split into parts one each for both eyes.

With the effect of programmed specifications, a virtual ambience is created that you could indeed feel and interact with, by operating a mounted capacitive end lever or simply the switch. Additionally, you could also steer up within the existing virtual world in real through available motion sensors in your phone.

Meaning, the operation of this technology has been kept quite simple. Also, the gadget includes NFC clip which is specifically designed to trigger Cardboard app while your smartphone is inside the box or the headset.

Moreover, if you are designing the device by your own then on its completion, you could download the VR apps from Google Play or from the App store to explore the magnificence of the virtual world around you, from your own device.

Well, you never knew your smartphone could be so astonishing right? That’s how Google makes it for you. And guess what? This technology is so portable, that you could take it or make it anywhere.

We have known for several technologies which one might even never think of to avail. However, Google Cardboard is an exception. Being one of the most affordable technologies, you could have as many Google Cardboards as you want either purchasing from the store or by designing it by your own. This is one of those various reasons which have made people curious about this technology to know about.

Google unveiled Cardboard with enhanced features at I/O developers’ conference 2015. The updated version of Cardboard would be able to accommodate smartphones with large screen and also supports iOS. In addition, the newly designed Cardboard also includes the cardboard button which is a replacement of magnetic switch as the clicker.

The new API configured for the Cardboard makes it compatible with iOS devices. Further, multiple Cardboards positioned in various places could be synchronized and showed at a place by just clicking through the use of one and multi footage camera.

Cardboard has made collaborations with GoPro, the action camera maker to develop a device capable of capturing 360-degree panorama in a pattern called Jump. Albeit, this concept has yet to come in trend, but one could expect of some high level of Virtual Reality when the images are captured with 360 views which would be shown through the Cardboard.

As the latest version of Cardboard has been launched by Google, the sources believe that it would now accommodate large phones with size upto 6 inches. Also, cardboard button has been designed to sync with every smartphone.

The other noticeable factor is the app of latest version of Google Cardboard which will be now available on iOS, that will enable iPhone users to discover the city and surrounding objects from different angle.

The SDK also supports iOS especially for the developers who have designed their own Cardboard compatible apps. Google has also launched latest series of cheap viewers along with the creation of certification system as an assurance that the apps would work with all of the designed viewers.

I/O developer’s conference emerged out with some really interesting facades this year presented by Google. The introduction of updated version of Virtual Reality viewer Cardboard and Android M from its android application development section, Google has made sure to provide some electrifying products from its campaign for its users in the future ahead.