IOT &#8211; A Technology Mobilizing The Things To Work For You 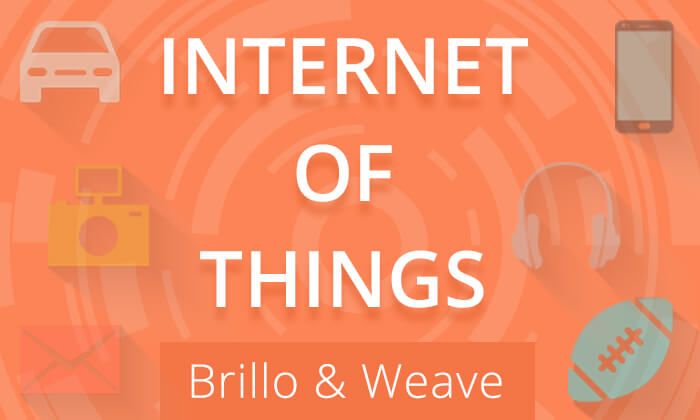 This is a techno era. Things have changed at a great pace over the last few years. Not only their formats have changed but at the same side they have become “technologically” convenient. Various innovations have happened in the recent decade among some of which truly gave a new direction to the world; one of them being the Internet. It has made the world virtually smaller. Clearly, you could avail anything from the web being from anywhere.

Other than as a useful source for desktop, smartphones, tablets and likewise, you would soon find internet serving to the other aspects of your home like the lock, the shelf, the drawer, the furniture, appliances and every other known thing! Astonishing isn’t it? But yes, the concept has already been structured by Google. Meaning, in the coming next few years you could find yourself operating your entire home using an app! Further, this concept has been named as “Internet of Things” or IoT.

So What Exactly Is An IoT?

Since its announcement, this term became a buzz for the civilizations. The reason? It’s just because of the abilities of Internet that has been shown by Google that what more could this technology actually do. In general, IoT could be defined as the concept which has been designed for the devices to make them completely functional in the real world. Further, the devices and objects under this concept operate through the use of the internet. 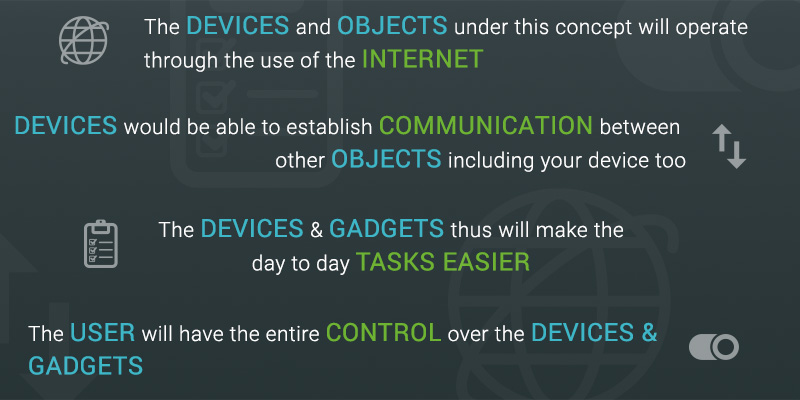 Apart from all these, the devices and gadgets would be in entirely control of the user who could also be able to configure as per their requirement. Thus the devices would work as per your preferences.

How Would It Work?

The major part of the working process is based upon the idea of communication of devices. Evidently, the devices would make use of various internet sources like Wi-Fi for their communication process either with the cloud, a master device or also with any of your most preferred devices like your laptop or smartphone. Additionally, you would have the convenience to access the communicating information from central devices regardless of your location either in home or outside. Quite comfortable isn’t it?

Where else IoT Could Be Used?

Of course these internet devices are just not limited to residential use, but they also have wide range of other applications too. Internet of Things or IoT could be suitably used in medical sectors resulting in effective treatment for surgeries and implants, automobiles, fire fighters, pantries, hospitality centers and organizations. The devices installed in all of these sectors respond variably as per they are programmed.

Now you could expect things to be ready just as you want them without your much involvement. All you need is to set the IoT devices as per your preferences and you won’t have to care for the rest. This is possible through the functionality of Device to Device communication. This enables one device to respond and perform as per sensors. The devices could exchange information based upon which the next task is performed.

If you look for the instances then there are already various appliances and devices which are operating using this technology including Samsung which is gradually covering the market through its smart home aspects. Besides, refrigerators, washing machines, lightings, dishwashers and mobile apps have already serving the people while there are many other facets which resemble the IoT technology.

Brillo: A Key Factor behind The Operation of IoT:

Well, in order to make its project more operational, Google unveiled its much awaited operating system Brillo which has been specifically configured for the operation of IoT. Being designed using android application development it performs as an end to end operating system. It also provides a great support to some of the features like Wi-Fi, BLE and other devices. Moreover, Google also aspires to enhance IoT user interface through the use of this feature. 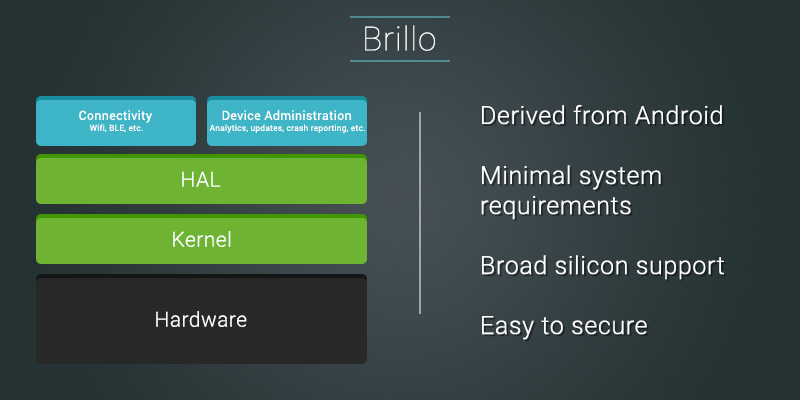 The user would also be able to switch to the Brillo platform through the use of mobile device and could also add other user as per the need. Further as per Google, Brillo is a developing software that could be operated on very low power devices thereby interfacing with other nearby devices. In addition, the talking feature of the devices mutually is possible due to Weave, which is a language for connected devices again engineered by Google.

One of the most important facades for accurate performance of devices is Weave. Designed as a communicating feature for IoT integrated devices, Weave provides specific language and speech to the devices so that they could exchange information with each other on the same network thereby performing their assigned functions. Furthermore, this communication API also provides an ideal gateway for interaction between cloud, appliances and the phones. This feature would be available in Q4 where all the Brillo and Weave devices would be auto detected by Android devices. 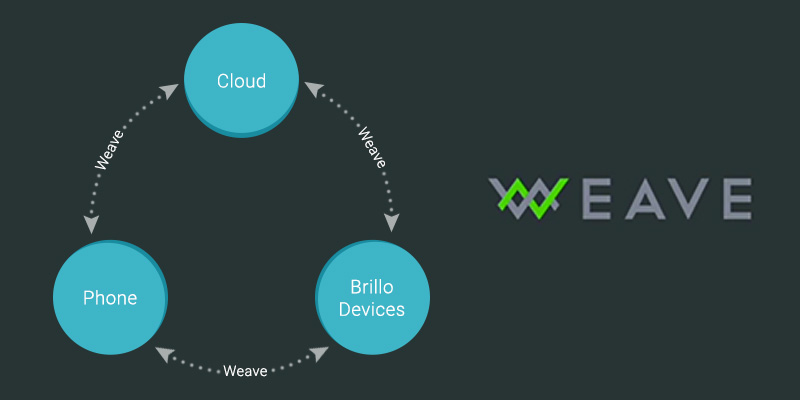 The developer’s API from Weave is exposed in a cross platform format. Hence, all the connected devices interact with the same language. The connectivity of the devices with cloud proves to be advantageous for the users. If in case your phone loses connection, the devices would still remain connected. In addition, it would also lessen the battery strain from phone/tablet.

Meanwhile this project developed by Google is under process. Long story short, as per the previews shown by Google, one shouldn’t expect the gadgets to turn out soon. Furthermore, I/O 2015 where Google introduced its IoT OS and features was mainly organized for the developers. Hence the gadgets could be predicted to arrive during 2016 which would revolutionize the trend.