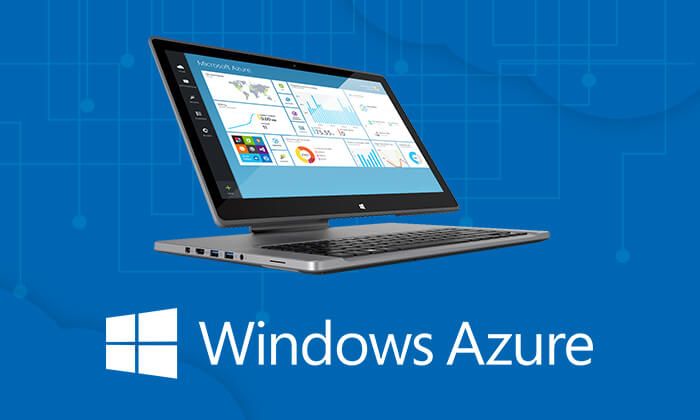 Computer since its evolution has kept on developing as an acute mode of analytical machine. Needless to mention, long queries and arithmetic expressions could be solved using this machine. Slowly it made its way to the commercial sectors. Today a major part of corporate world relies on computers. The data, profit, database and various other aspects could be very well analyzed, stored and processed by the users.

Well, the time has changed and so has the technology. The current era subjects to fast and instant computing methods with effective results and multitasking abilities. You never know when the existing technology may get replaced by any new computing technique. Consider Azure for instance. The latest innovation from the house of microsoft development is all encapsulated with wide range of specifications including analytics, database, networking, storage and web.

Designed using the latest cloud technology, Azure has been configured to achieve fast performance thereby saving some good amount of money. Other than that, Azure has also been installed with various features. One of the best parts about Azure is that it supports various operating systems, programming languages, frameworks, databases and devices. Besides, you won’t have to make new arrangements for your IT sections as thankfully it is highly compatible with existing IT technologies.

Further, Azure comes with whole set of features to simplify your IT solution. Unlike other cloud providers where you may have to make an option between datacenter and cloud, Azure offers you the suitable gateway to keep up with your ongoing technical ambience with the suitability of organized network of secured connections, fusion database along with extreme encryption, hence you won’t have to care much for security of your data.

So what different does it has from other cloud computing providers? 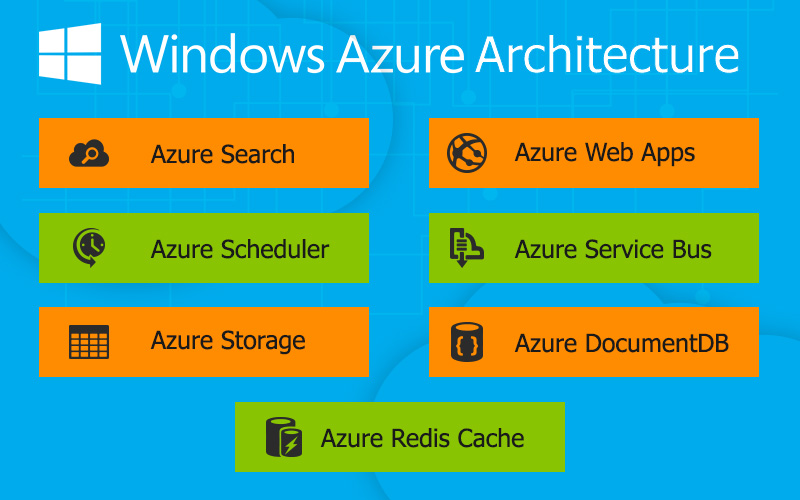 Azure Search: An Ad-hoc Search Engine From Microsoft:
No doubt, when it comes to search, the giants like Google and Yahoo flash into the mind isn’t it? Indeed, that is true but at the same side it’s something different when it comes to Azure Search. It provides a managed search service which is used by various applications. Moreover, building an own search engine is not at all an easy task as it requires lots of work. One of the methods to integrate a user interface in the screen is through the use of elasticsearch. This is the application which runs on public cloud which could be used directly once the development team creates a new instance of this service.

Azure Web Apps: Simplifying Web Designing Methods:
To provide an interfacing environment for designers and developers to create engaging websites, Azure embroils various useful web apps. Further, Azure web apps have been created using programming platforms like .Net, NodeJS, PHP, Python and Java. Additionally, one could also provide web and mobile apps at the same time to the members working at single back end. Apart from that, users could also deliver APIs to enable other apps and devices. Other than that, web apps also have built-in auto scale and load balancing and also have the support for repository Git, TFS, GitHub.

Azure Scheduler: Organizing Your Computing Tasks:
This feature allows you to organize your jobs on any of the schedule whether it is periodic, current or for later. You would be able to create jobs in cloud that would help calling services inside and outside Azure. Besides, Azure Scheduler is ideal for various procedures including recurring actions, cleaning up logs, managing routine backups and maintaining other applications. A thing apart, Scheduler also works uninterrupted during sudden failures and calls web service endpoints over HTTP/HTTPS.

Azure Service Bus: Stay Connected With Your Systems:
This cloud messaging system has been designed in such a way that it can run at any of the place and is well compatible to connect anything whether it is some application, service or device. In addition, Azure Service Bus also allows you to decouple your applications from each other. You could also shield your application from temporary peaks and can also share messages to various backend systems. It also helps to manage message delivery in cloud supporting wide range of protocols such as REST, AMQP, WS along with APIs.

Azure Storage: A Reliable Solution For Your Files:
Now you could store large amount of unstructured data like documents and media files through the flexibility feature of Azure Storage. Further this also includes structured nosql based data with Azure tables, consistent messaging through Azure Queues and many more. Several premium storage disks could be stored to a virtual machine. These features make it extremely lucrative to be used by developers. More to that, it is highly durable.

Azure Document DB: An Ultimate Database:
Basically a document database service, DocumentDB has been specifically designed to support JSON along with JavaScript within the database engine. Apart from that, one could also develop apps using queries over JSON data which is schema free. DocumentDB features in automatic indexing of every document property. Besides, the developers could also retrieve data from DocumentDB using T-SQL in the form of syntax.

Redis Cache: Boosting Up Web App Performance:
A key value of database, Redis is an open source cache. Further, Microsoft Azure Redis Cache provides secured and dedicated Redis cache. The generated cache could be accessed from any of the application using Azure Redis cache. The keys of the Redis cache could also hold various data structure like strings, hashes, lists and sets. And the best part? This is highly easy to use and organize and you could also create your own first Azure Redish Cache.

So, to cut short, computing practices have now been made simpler than ever before. With Microsoft all ready with its techno crafted invention Azure, the developers have an easy access to almost every computing solution. What’s your take?