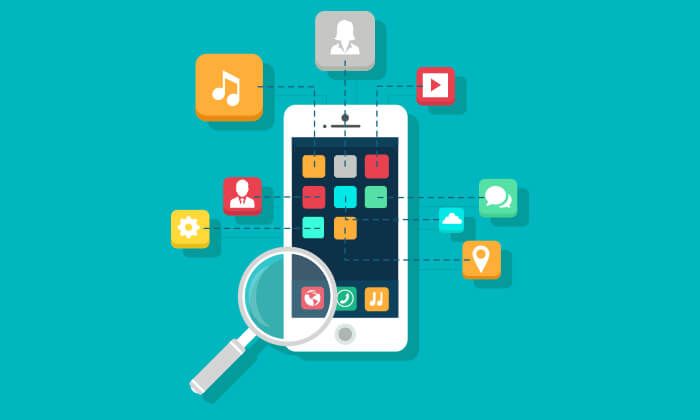 In this day and age it is becoming more difficult to make a successful mobile phone application, let alone sustain its popularity. The smart players have identified the secret of the success, and it is no far from the experience that the app gives to the user. It is not what the app’s supercomputing capabilities and feature-rich manifestos that appeal to the users, but in fact what really does matter is how the app gets the work done for the user, plain and simple. Mobile app testing is a definitely must if you want your app to consistently perform and get the job done, and thus be in the must-have wish lists of the users.

A successful app is not which only works, but is one which works the way you want it to work. App testing ensures that the mobile app not only works as you intend it to work but also fulfills the needs of the users. Intensive app testing actually provides an assurance that the final product that reaches in the hands of the users would be of paramount quality and would sustain some serious hammering at the hands of the users. After all, who likes to get poor reviews and bugs raised by the users? App testing is not an overnight effect; it is a process which if done correctly and consistently will improve app functionality, and hence user experience.

Start with the Basics: Ensure the App Functions as Intended

At the core of any app the real deal is its functionality. You want users to use your app because it functions well and makes their lives easy. Any break in functionality is a break in deed that you promised your customers of. Three things that all successful apps do is function accurately, consistently, and quickly. All elements that require user inputs should be tested at the beginning to ensure that the app correctly responds to the user interactions. Additionally, the app should also pass through the test routines that check the internal functionalities that process the user inputs. Yes you have an app that is a potential hit among the users, but what use is it if it can’t even correctly add up 2 and 2.

Don’t Miss the UI/UX: It Makes All the Difference

The user experience is not just a one-time interaction, in fact it is a journey; the smoother the journey, the happier is the user. Test to find the corners and detours which your customers would hate to come across, instead build highways to let them zoom on full throttle through to make the journey quite remarkable. From the start of using the app through to achieving all goals set before the start by the user the journey of the user experience should be kept quick, smooth and easy. User experience is the core of any app that successfully hits with the users. Your app may have minor bugs here and there, but it all can be flushed out when your users feel satisfied and the experience leaves them wanting for more. This increases the chances of the user returning to your app manifolds, and it has its perks of getting more users to use your app.

The biggest challenge that comes in mobile app testing is having a consistent performing app across all devices. There are innumerable mobile devices which the users would use to access your app, and thus all the devices which you would like to have your app supported on must be considered during mobile app testing. Now, you can either set a limit to the number of supported devices, which would also directly put your app in danger of not working consistently on other devices, or you can go all out and test your app on as many devices as you can. And, of course, having all the physical devices is not cheap. You need to have an alternative approach for device testing. For the test teams which do not have physical devices to test with there’s a good thing that we have App Emulators for testing the app on mobile phone emulations. Albeit the app emulators may not be as effective as the physical device testing, but they do get the work done quite efficiently.

Testing, Testing, and some more Testing!

Moving forward with the three key principles of mobile app testing, i.e. Functionality, UI/UX, and consistent performance across all devices, a solid test plan will significantly add quality assurance to your applications. With the test plan you assure your team of releasing only the product with paramount quality which will reflect your technological and design expertise to the users. Start with guerilla testing where you randomly test all the features and functionality of the app by breaking it open, and try to find as many bugs as you can in the first outing. From here on you may proceed to in-depth testing by following technical test cases and use cases so that you cover all the nooks and corners of the application which may have been missed during guerilla test phase. The in-depth test cycles consider the UI/UX in detail to iron out all the glitches that may appear while continuously using the app over long periods of time.

Lastly, since we are striving for smooth user journey in our app, our code should be bug free and response quickly during UIs flows. In such conditions we need strict technical tests using physical devices, Emulators or a combination of both. The technical tests are done to get a comprehensive report of the performance of the app across various devices.

Besides these, you have enough opportunities to use cloud services that offers you automated testing as well as real devices testing with superb simulations. No doubt, a real device testing is unparalleled one and can give you exact clues of the performance of your apps in the real field or real world. Therefore, try to have some highly popular used devices and testing your app with real world users along with your mobile app development team.

Try as you may, but there is no avoiding mobile app testing.