Enhance Your Site Design With these CSS Libraries
Web
by Editorial Team  May 12, 2014

Enhance Your Site Design With these CSS Libraries 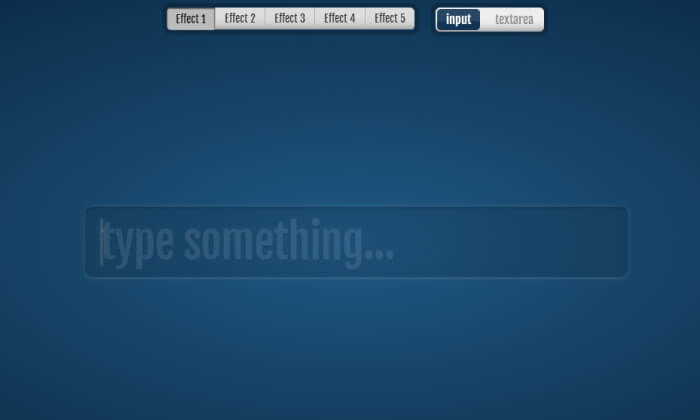 Since, very long time CSS has been a part of web design procedure and widely used by web designers and developers. Due to CSS3, design and development for different web browsers become very easy and opened new doors to designers. CSS3 offers many new functions like animations, transition modules, multi-column layouts, flexible grid layouts and much more with which web designers can produce effective and creative design ideas.

If you wish to take extra benefit of all these advanced CSS functions, you need to use CSS libraries. With the help of these CSS Libraries, you can beautifully craft your design. In this article we are discussing about some CSS Libraries that will help designers to design excessive transitional interfaces.

Fancy Input is a jQuery plugin that gives CSS3 text typing effects to the Text input fields when the user’s types text. It’s really fun to use Fancy Inputs to your website, it adds effects to the character while being typed and/or deleted. You can easily customize the effects for your projects.

Animate.CSS was created by Dan Eden to add animations in your web design. Animate.CSS has a huge free collection of CSS animations that you can use for your projects with fewer efforts. Animations will reliably work on all web browsers. It’s easy to use this CSS library, you just need to have some basic knowledge about CSS, and then you can easily implement it.

Animate.CSS is a collection of predefined animations rolled into some classes. You just need to apply the class for a particular animation to use in your project. If you don’t want to increase the code and classes for your project, then you can build customized animate.css according what you want for your project.

Effeckt.css is an open source project to offer performant CSS transitions & animations to the web elements. With some UI and JavaScript code you can give an extra effect to your web elements and easily customize it. Effeckt.css has lots of animations which are based on CSS3 transitions to easily work with mobile and desktop web application.