Everything You NEED To Know About Chrome Cast and Its Development
Mobile
by Editorial Team  January 19, 2015

Everything You NEED To Know About Chrome Cast and Its Development 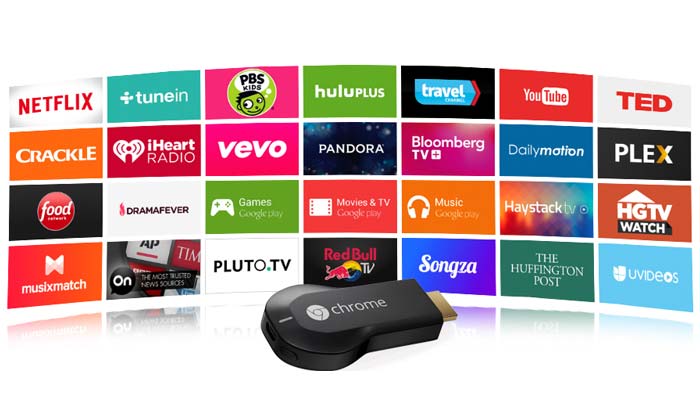 Google Chromecast is a device from Google that casts visual media content from mobile devices right on to the television screen. The device needs to be plugged into the HDMI port on your TV and, with your Android phones, tablets, iPhones, iPads, Macs and Windows laptops, you can enjoy your favorite entertainment media and apps on the big screen. Furthermore, while the content is being played on the TV, the user can multitask on their mobile device without interrupting the video playback. For example, a user can search for a video on their phone’s YouTube application and then watch it on their TV via a Google Cast device while they are browsing through other information on the Internet.

Chromecast is not only useful in streaming videos and photos from phone, but also very handy in playing multiplayer games with family and friends.

There are mainly three features highlighted this year for Google Chromecast:

The receiver device is optimized for video playback with a receiver application that receives data over Internet Protocol and transmits it to the television.

Before a Cast session can begin, both the sender device (e.g. Mobile phone) and the receiver device (e.g. a Chromecast plugged into a TV) must be connected to the same Wi-Fi network. 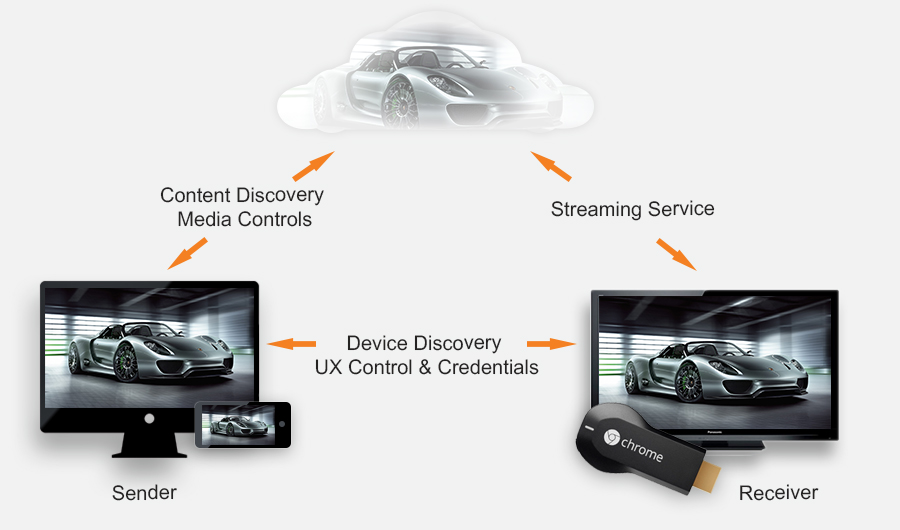 2) Chromecast uses app id to get URL of HTML5 application

3) Then using that URL, HTML page is rendered on screen 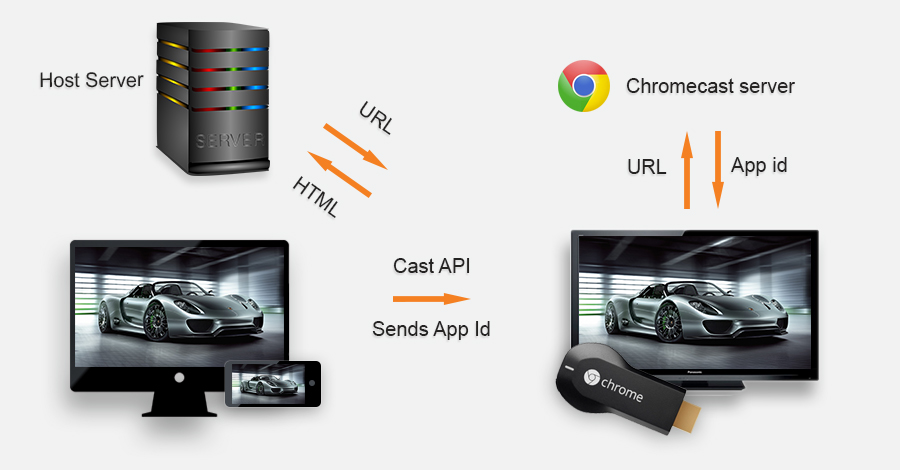 Let’s check out the architecture now.

This is a pre-built receiver application hosted by Google that is designed for streaming your audio and video content. It does not require you to register with the Google Cast SDK Developer Console, but you cannot customize any of the UI in the Default Media Receiver.

For details about the CSS styles that allow you to customize the receiver application’s UI, see the Styled Media Receiver guide.

If your app provides content such as a game or image gallery or requires support for media types other than those described in Supported Media, then you need to build a custom receiver application. A custom receiver is an HTML5 app that you host on your own servers and that must be implemented using the JavaScript Receiver API.

Now, a question arises that which receiver should I use???

Chromecast developer site gives good chart to demonstrate where to use which receiver. 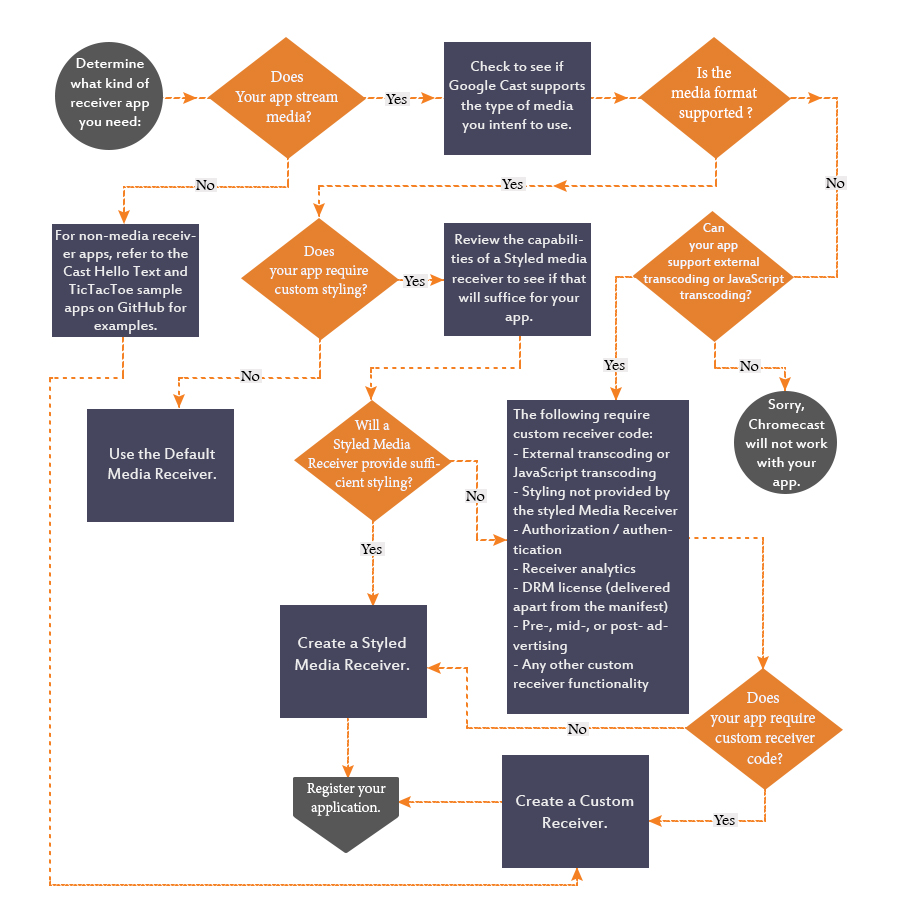 That’s all you need to know before starting development for Chromecast.