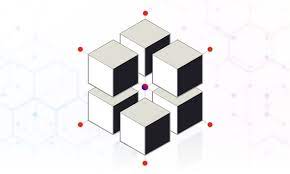 A Rational perspective for the usage of Blockchain into your technology ecosystem.

Let’s find out the answers to “Do you really need Blockchain?” and “Does Blockchain really fit your business model”.

If you are a Blockchain Enthusiast - Of course this content will look a little peculiar at first but we assure you, at the end – all of it shall resemble and add value to your knowledge kitty!

But what if you are new to Blockchain - Well, we’ve got you covered, all you need to carry is a little technology eagerness (and giving us a couple of mins of your loaded schedule!!) 😃

Blockchain Is changing how companies engage with their customers. To begin, Blockchain has gained notable traction because of two primary reasons:

The fastest adopters for this tech. have been in the software, Fintech, and logistics industries. In fact, it has become so popular that the largest tech companies in the world including IBM, Microsoft, and Oracle — all have divisions dedicated to the integration and evangelism of the new tech.

From a business perspective, Blockchain is looked at as a next-gen business process innovator. As the world is taking shift toward digitization, services providers are looking to offer customers the same services to which they're accustomed, but in a more efficient, secure, and cost-effective way.

In simple terms, we look at Blockchain as a Shared database populated with entries that must be confirmed and encrypted.

We try and answer a very simple question here i.e., Can regular or centralized databases be replaced with blockchain? If not, then what are the characteristic that makes Blockchain really Distinctive!

The more promises lie with it being fully decentralized, let's understand how…

Where data coordination between multiple parties was executed with direct transfer of data via one or the other medium like Web service APIs, FTP’s, etc.

One of the most common and widely used approaches is where everyone sends the information to a centralized entity and all data is exchanged through this intermediator and it owns the single version of truth. Different parties don’t maintain their own version of databases

Finally, we land on the Blockchain model and how it’s being used as a database. The Blockchain approach solves the data coordination problem. Blockchain ultimately acts as a shared database where all parties are connected to each other in a purely Decentralized manner and all are sending messages to each other but now we have a process in place that makes sure that disagreements don’t occur.

We have transactions which are individual events that one or more companies sign using a private key using a digital signature generated. These transactions are sent not only from the sender to the receiver but they also propagate the entire network in a peer-to-peer way. Nodes are all telling each other everything they know and everything gets to everybody very quickly.

All the Blocks are connected to each other in order to make sure that there's a single version of the truth across the whole network.

Knowing how Blockchain is different from a regular database, we come onto another important discussion, that talks about - Is it really beneficial to use blockchain for your products eco-system?

To answer that, let's first look at some of the characteristics that are perceived to be unique for Blockchain but the same can be achieved with modern technologies and relational databases.  So, if you are planning to utilize Blockchain for one of the characteristics that we are gonna talk about in a bit, you might want to re-think and weigh down the pros and cons on other aspects before making a decision.

In terms of the types of data you can put in a blockchain you can do all of that in a centralized database.

What we're looking at here is a technology choice. You can build a system on a centralized database and you can build the same system on a blockchain. There has always been some or other trade-off while choosing the right technology.

So, the question is where can Blockchain be the best fit for usage and in what kind of applications:

The key advantage of Blockchain is Disintermediation.

Simply put it's the advantage of achieving a single view of the truth without putting any one party in charge of the database.

On the other hand, it’s a trade-off with confidentiality. So, if 20 organizations share a Blockchain database, then the transaction between any 2 of them can also be monitored by the rest of 18.

So, we drill down to – is it really beneficial for your product eco-system to have this trade-off or not?

Well, let’s view some of the giants who have already been using Blockchain for a while now.

Blockchain Application across the Globe

Some companies that have already incorporated blockchain include Walmart, Pfizer, AIG, Siemens, Unilever, and a host of others.

European bank Santander and its research partners put the potential savings at $15 billion to $20 billion a year.

Capgemini, a French consultancy, estimates that consumers could save up to $16 billion in banking and insurance fees each year through blockchain-based applications.

In June 2021, El Salvador became the world’s first country to adopt bitcoin as legal tender promoting the Blockchain application to another level.

Every single use case is about thinking does this make sense in terms of gaining disintermediation at the cost of losing confidentiality.

Even If you are not willing to make the trade-off with confidentiality - there are many encryption techniques available. So, on a blockchain network, the shared data is encrypted and only some of the parties have these encryption keys.

Our research shows that there are many areas where this trade-off can be beneficial:

There are many other use cases such as lightweight financial systems (for Loyalty points, gift cards, credits), Internal cleaning & settlement systems (operating between different entities, their subsidiaries, and regions).

If you are still left in confusion about to or not to use Blockchain for your ecosystem, we shall be more than happy to get in touch with you and hop on a fruitful conversation!