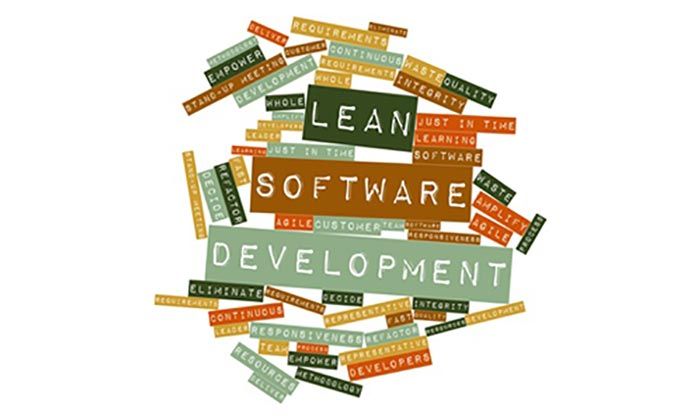 All the above seven lean principles are very tightly bound with each other and help the development teams in ditching the software development overheads that needlessly consume time such as project planning, contemplating hypothetical failure cases, and negative testing. In fact all that does not add value to the customer is regarded as waste which should be eliminated. Successful lean app development teams have come to eliminate waste such as heavy functionality and unclear requirements to avoid unnecessary delays in the software development cycles.

The ideology of the development team finely focuses on pushing the app into the market and getting it in the hands of the consumers to know how the product holds up in the real world. The customer feedback then helps the developers to identify the risks and prospects clearly and hence improvise the app to the liking of their customers. This amplifies learning big time as the developers are have updated knowledge of the ever so shifting market dynamics and get their product perfectly in line with the real world business needs.

Furthermore, with the lean app development principles the uncertainties and crucial decisions that depend on them are delayed until the very last moment. The lean app development cycle iterations are quick and often, which allow the team to experiment more and then decide upon the feature set, rather than spend enormous amounts of time in project planning. The agile methodologies direct the practitioners in acting and not just thinking. With bare minimal of thought process, wherein the team only clarify unanimously and decide upon the tasks to be executed, the app development is actually kicked off during every iteration. This gives the team maximum chances to eliminate failures and try new things with minimum iterations. Additionally, not just one but all individuals in the team are injected with the lean app development philosophies which empower them in bringing their best on to the table, yet follow a logical process for assuring involvement of each member thoroughly.

There are innumerable apps released on the wide array of smartphone marketplaces. With more than 1000 app submissions to the Apple iStore alone the competitive market can easily be judged to be very aggressive. And with a chance of less than 7% for any app to be successful on the marketplace, the app publishers can afford no loss of time if their app finishes on the gloomier side of the success rate graph. Lean app development helps the team to push their apps into the market as early as possible to learn and understand the user patterns, improvise the app, and shoot out an update to always stay ahead of the competition. With repeated cycles of quick and often app updates the app developers can guarantee themselves of increased market exposure and improved app performance every time they push the update into the market.

Lean app development is a very exciting and fruitful game of strategies that powers the development team to thrive and succeed regardless of the unreliable market analysis and killing competition. The lean development thinking has to be well understood by all the members of the team which helps the unit to “Think big, act small, fail fast; learn rapidly”. With the lean app development strategy you can give yourself more chance to win big in software development.